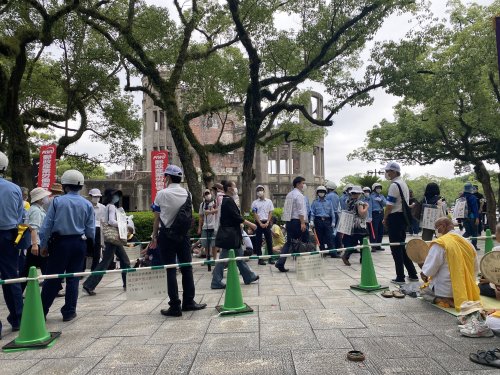 Every year I go to the Hiroshima Memorial Peace Park on the morning of August 6. This year was disrupted by COVID-19, as everything is. The ceremony was reduced. But, I always spend the morning by the A-bomb Dome, which is technically outside of the park, and was still open to the public this year. At the Dome, there are always a lot of political protesters, antinuclear weapon, antinuclear power, and increasingly right-wing pro-nuclear weapon advocates.

There is always a group of Buddhist monks drumming and chanting throughout the morning. I always sit by them, as the drums and chanting helps me to regulate my distress over being in that  place at that time. At 8:15 am, the time the nuclear attack occurred, there is always a "die in" at the Dome: many people fall to the ground and lay there as though they are dead, to make clear what happened to human beings who were the victims of the attack. When I began to attend antinuclear protests as a teen in the 1970s, we often had die ins. When I went to university, many people with antinuclear sentiments would gather on the main quad at the time the air raid siren would be tested each week and we would fall to the ground when it sounded; a reminder that we were testing a system that normalized mass murder. So for me, it connects me to my own path to living in Hiroshima. 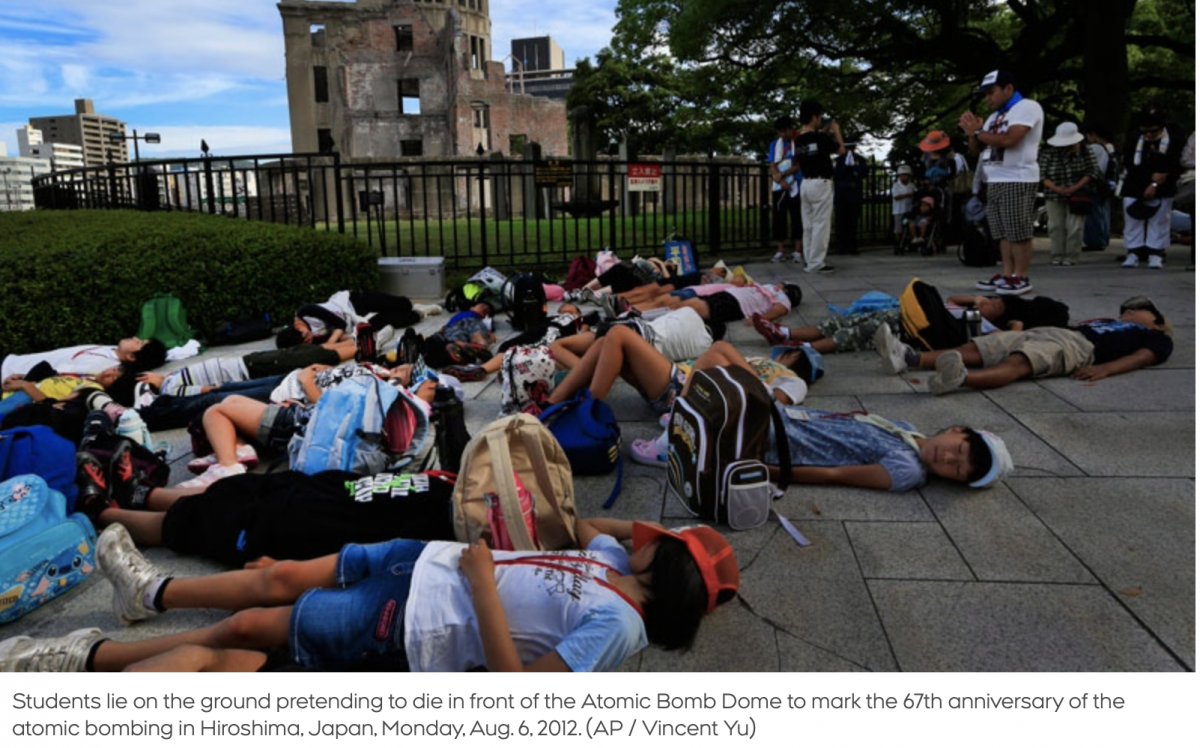 This  year I recorded the sound at 8:15 at the Dome. You can hear the drumming and chanting, you can hear the silence at 8:15 and the bell sounding, and mostly, you can hear the cicadas which are a constant symphony in Hiroshima at this time of year. In Japan they are called semi (蝉). Of course, on August 6, 1945, they would have been killed too. Here is the recording, it goes from 8:12-8:17 am.

Here is where I was sitting. 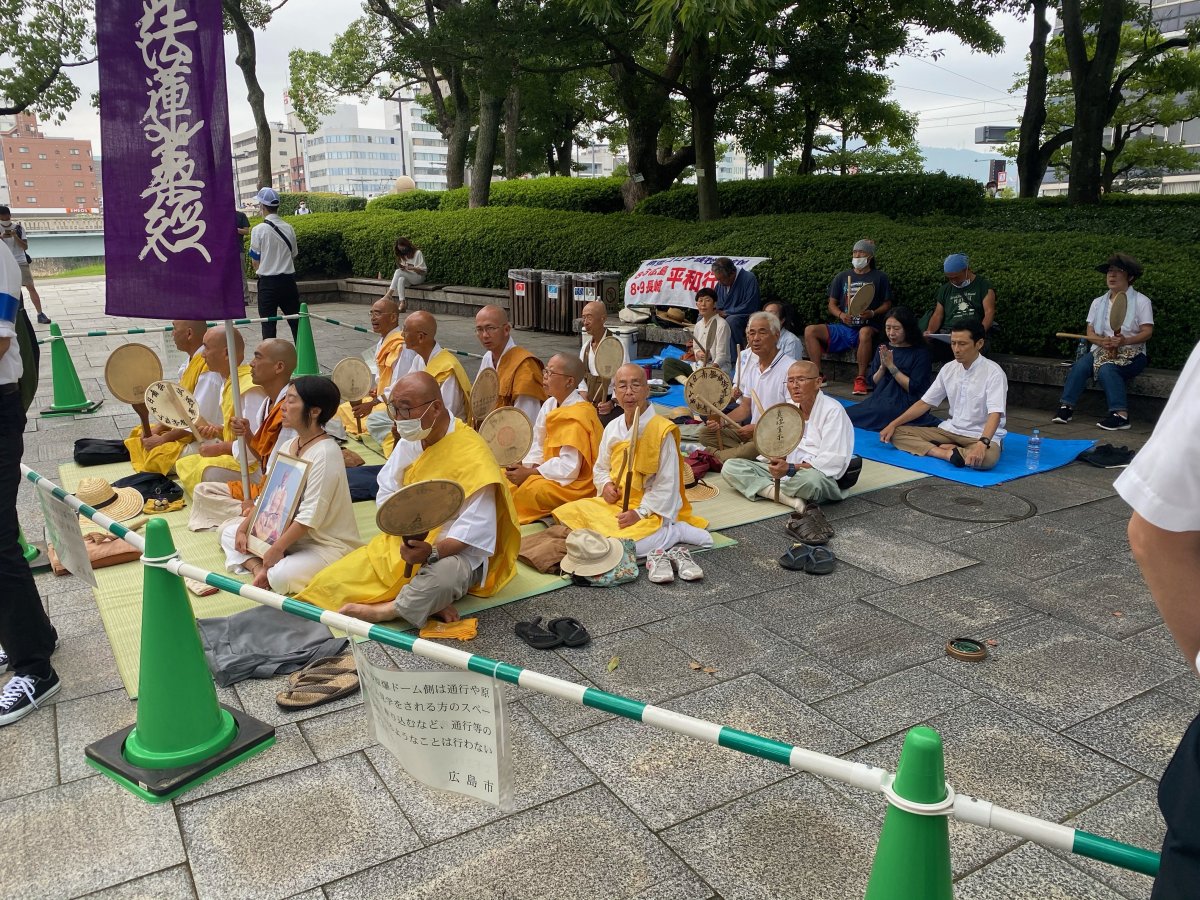