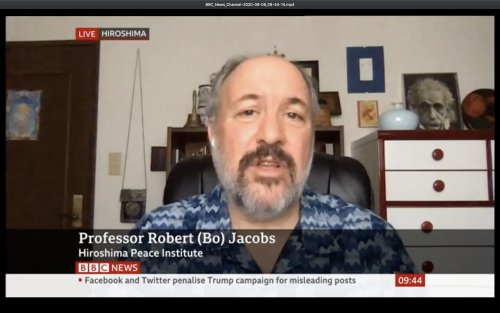 I did a number of interviews on August 6. There was connectivity issues on some of them. It was also interesting that while most years on August 6 I am asked about Hiroshima issues, this year I was asked about more about nuclear testing and Global Hibakusha issues.

Here are links to several of them.

Also, I was quoted in an article on NBC News:

Tomorrow I will post write about my August 6 article with Ran Zwigenberg, "The American Narrative of Hiroshima is a Statue that Must be Toppled."

Also, I will describe what August 6 was like here in Hiroshima during the pandemic.