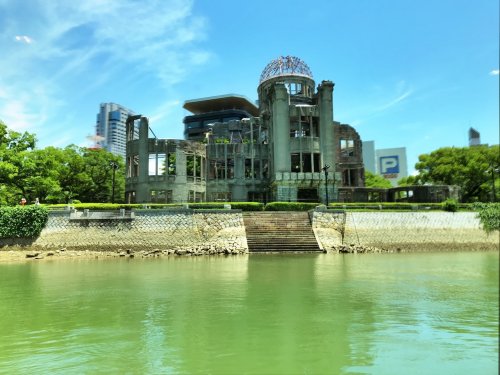 Here are photos from this morning in front of the A-Bomb Dome here in Hiroshima.

The ceremony inside the Peace Park is very calm and sombre. However, at the A-Bomb Dome, which is technically outside of the park, it is always much more contentious and full of conflict and activity. There are always speakers talking about peace issues, criticizing the Abe government, arguing against nuclear power and weapons, and also there are always right wingers screaming at the peace activists, and Buddhist monks chanting and drumming for hours. At 8:15 there is a die-in, which for me, connects me to my own activities at antinuclear events in the late 70s and 80s. Each year as I lay on the ground during the die-in, I invariably think about the people who are at this very moment still terrified and taking shelter beneath bombardment in wars around the world. The horrors of indiscriminate killing in war continue today. 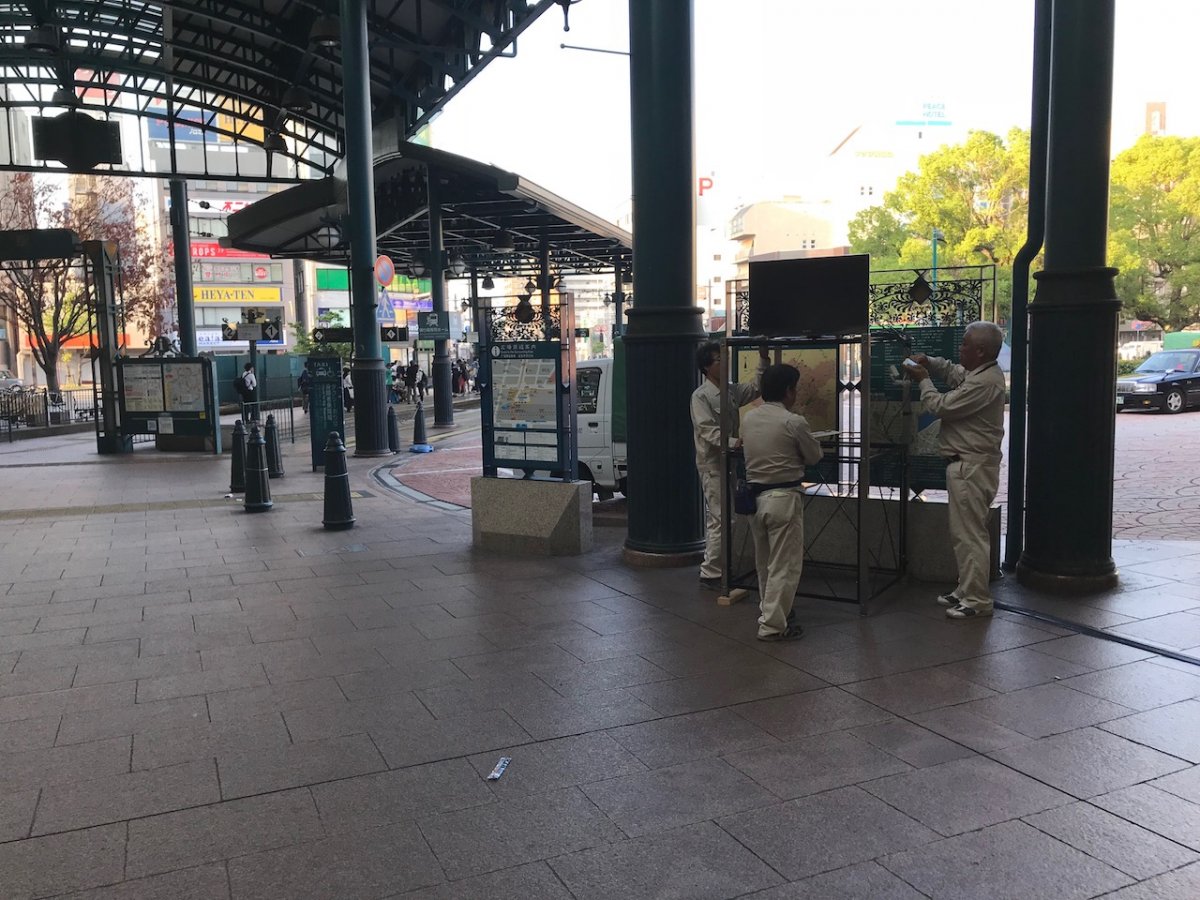 Video monitor being set up in Yokogawa Station (about 3km from the park) so locals can see the ceremony. 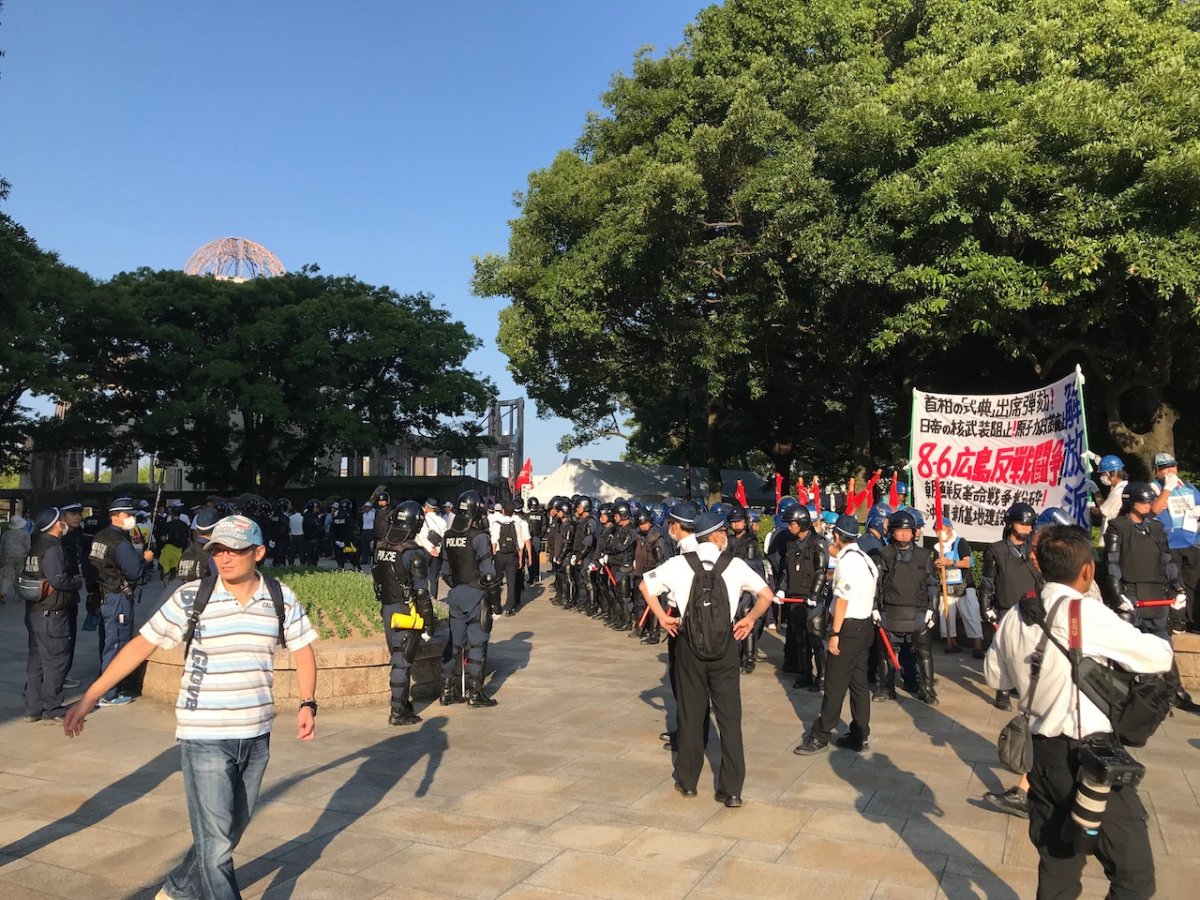 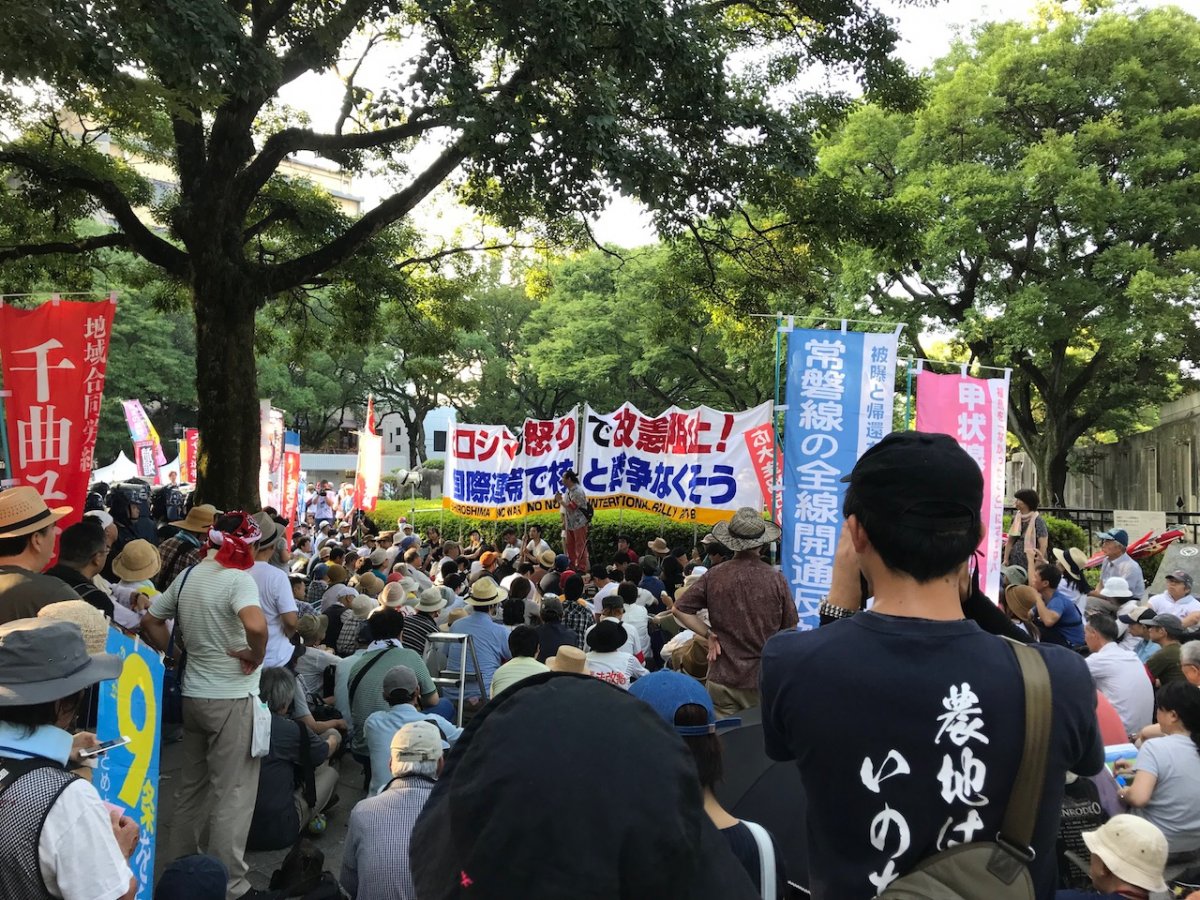 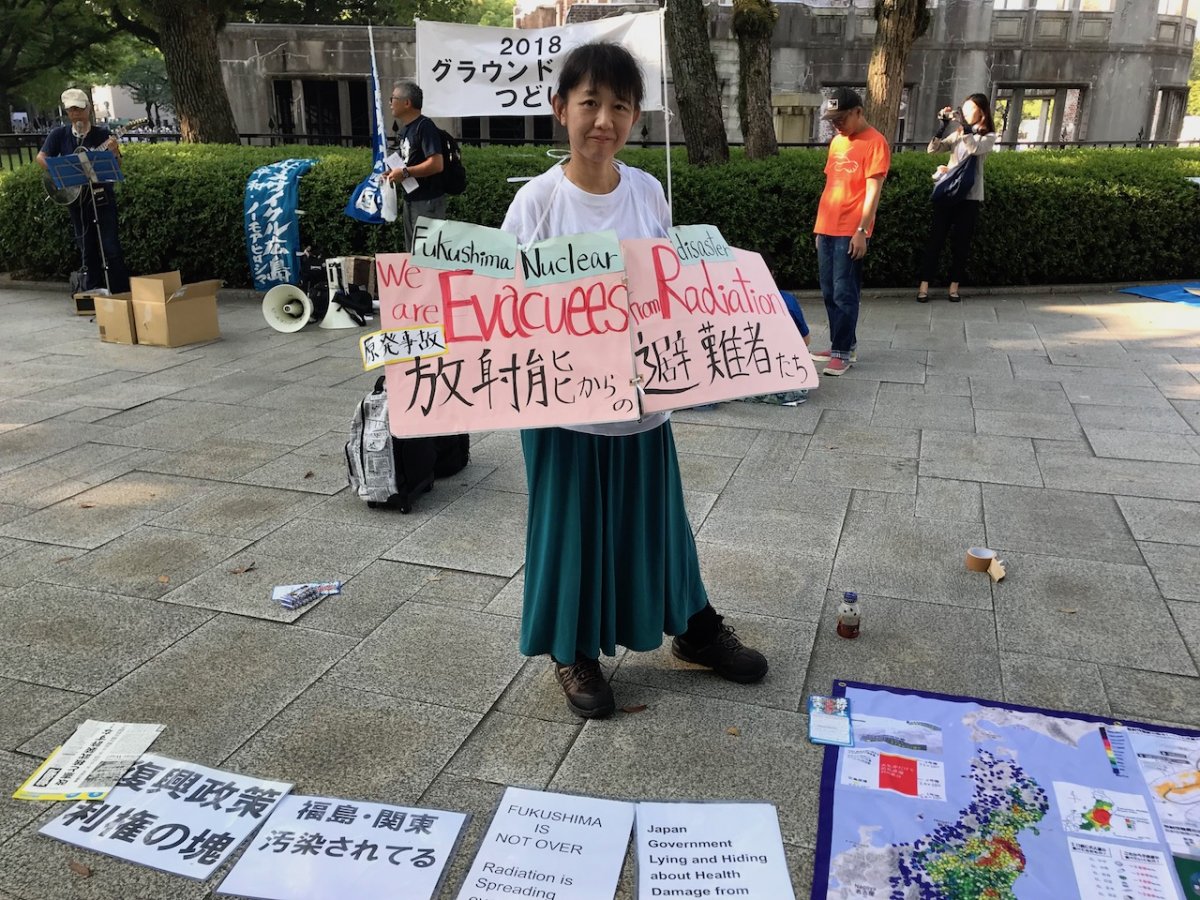 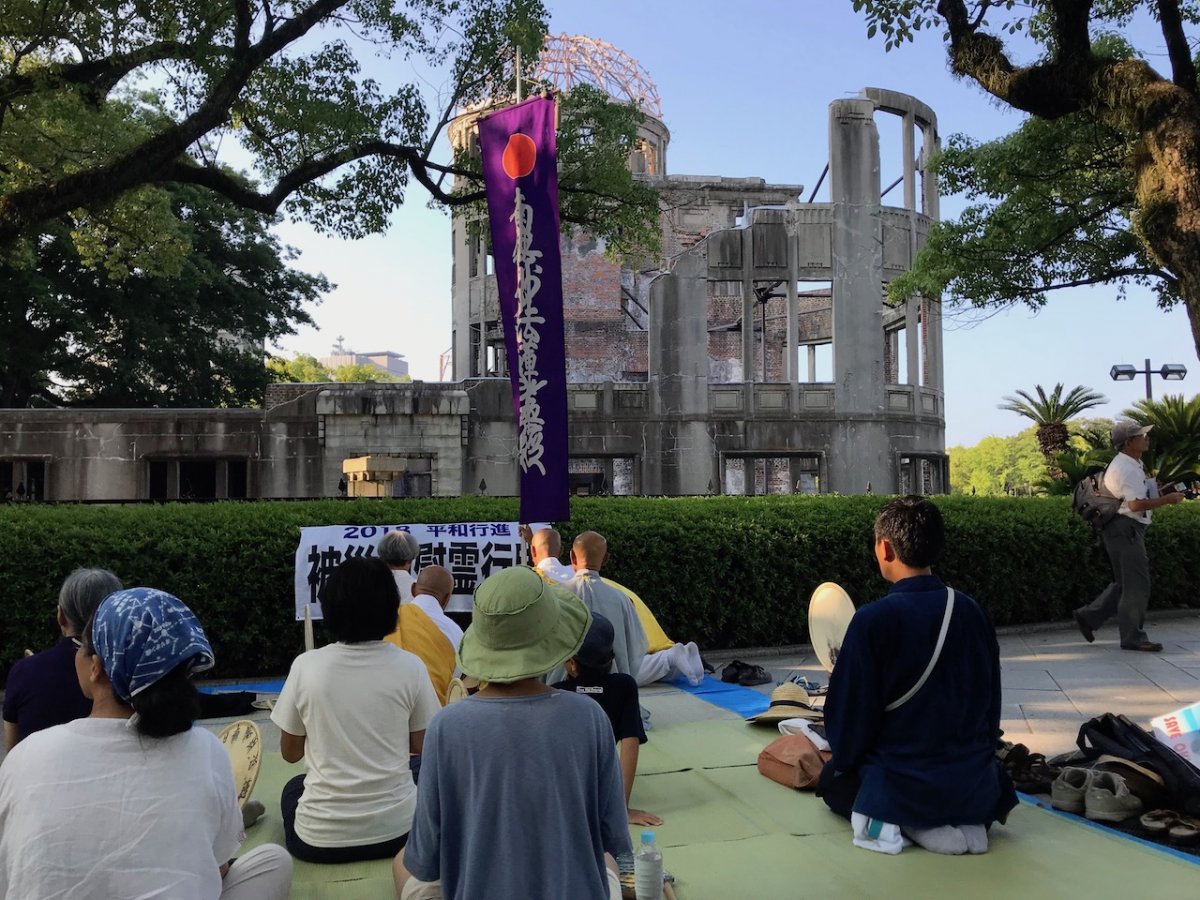 Buddhist monks chanting and drumming in front of the Atomic Bomb Dome. This is where I always sit. 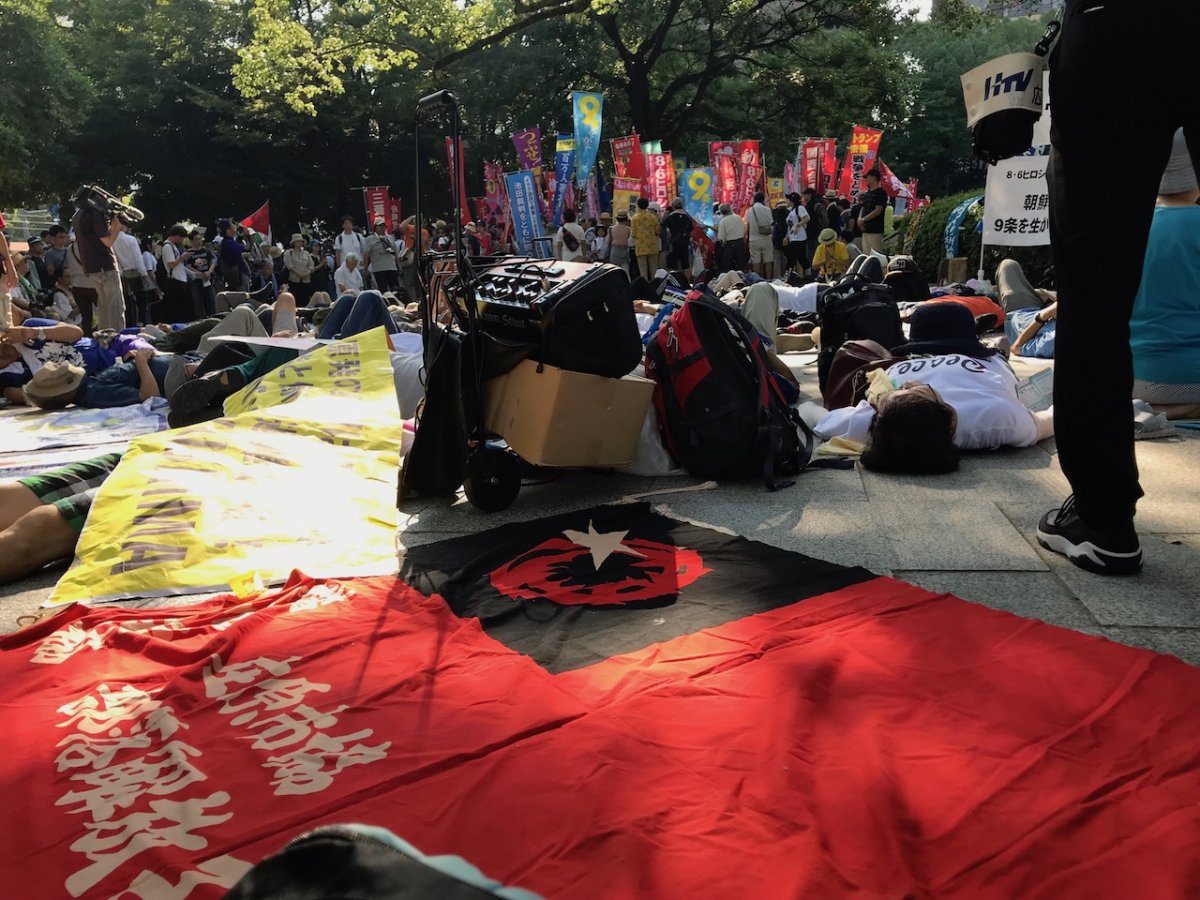 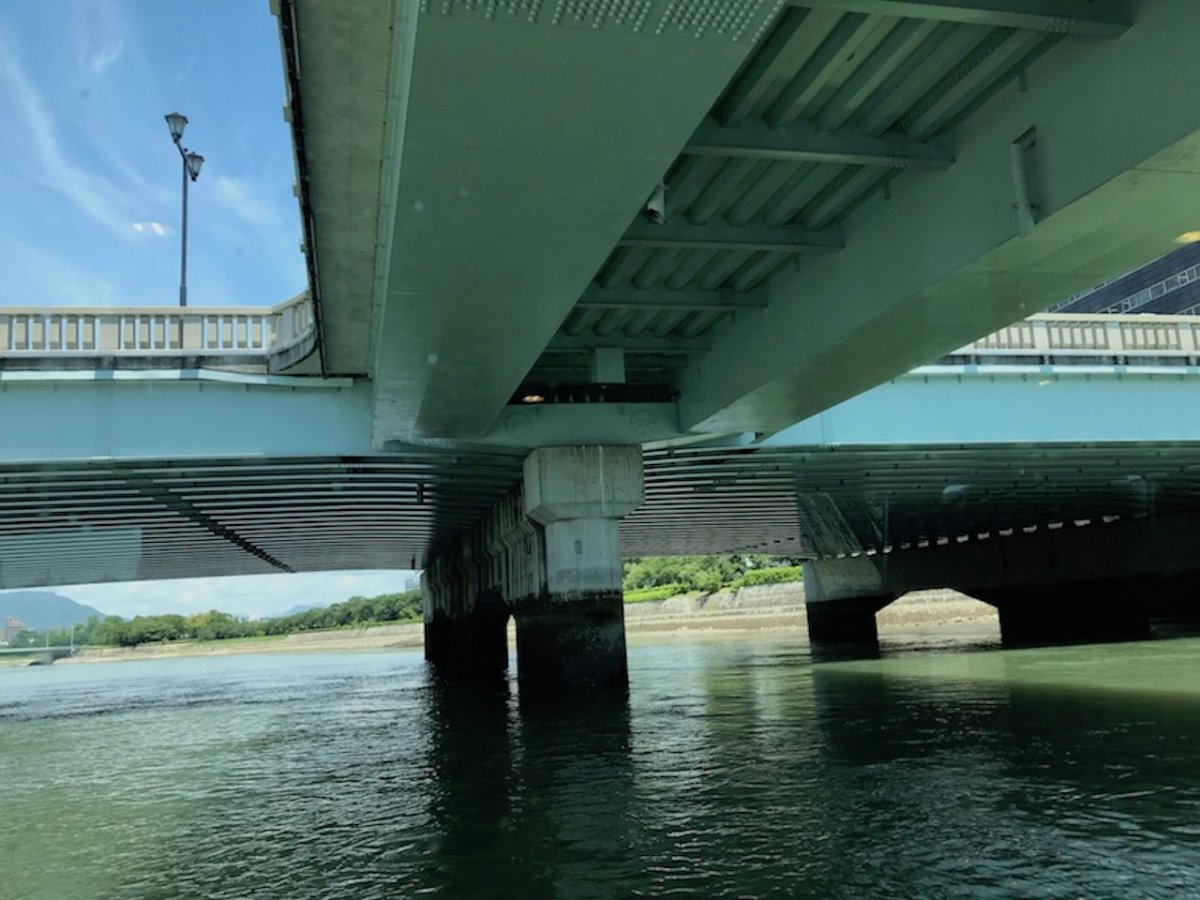 Underneath the T-Bridge, the target of the nuclear attack. It is in the center of the city and not a military target. 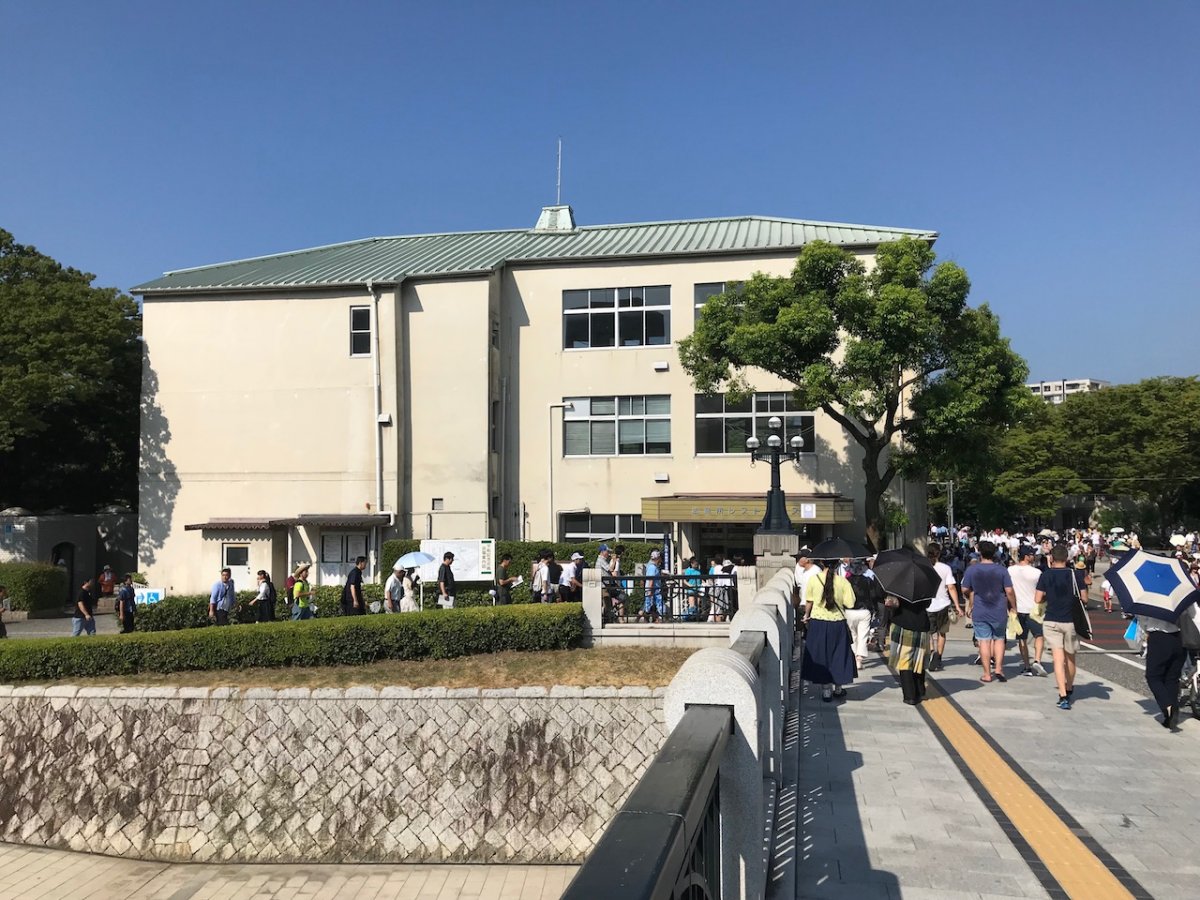 The former Fuel Hall Building. The closest survivor to ground zero was in the basement of this building. 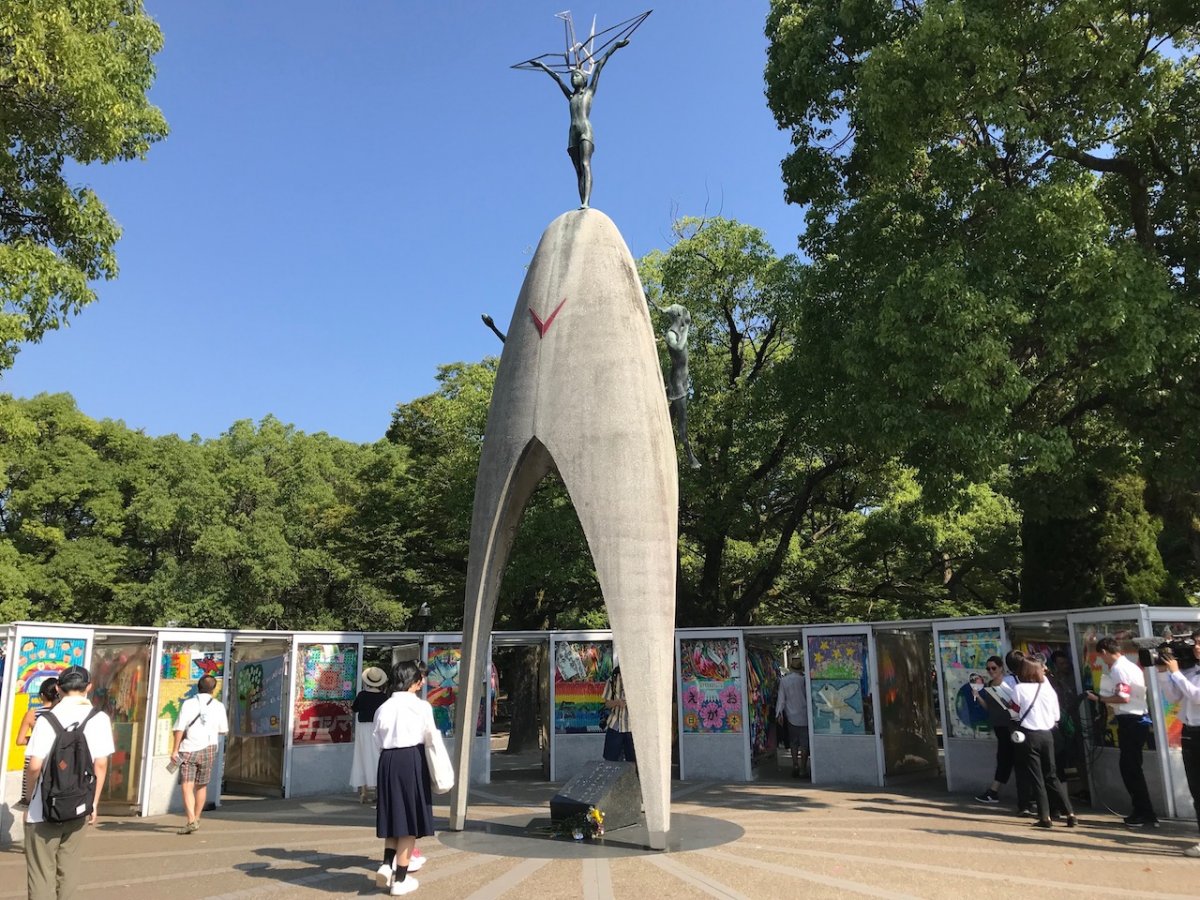 The memorial to Sadako Sasaki and the thousands of children killed in the nuclear attack. 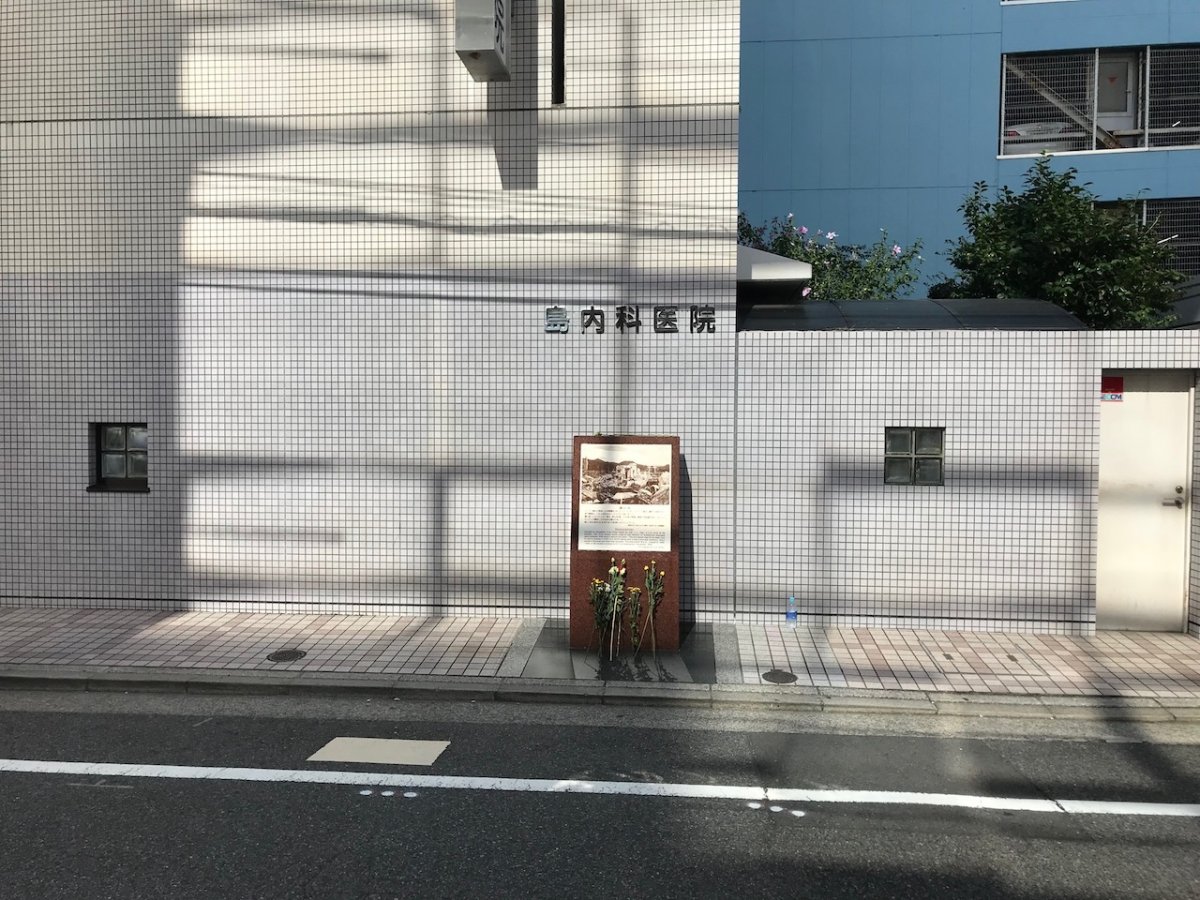 Ground zero, an oddly obscure spot outside of the park on a side street.