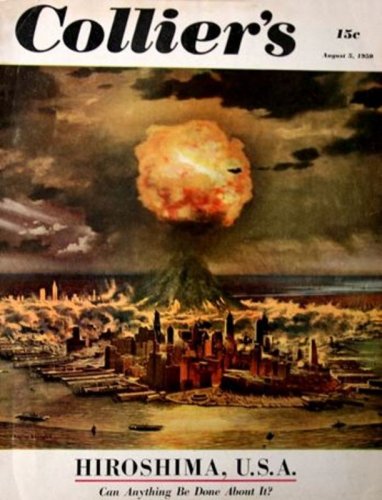 Relocating Hiroshima to America in 1948

A reprint edition of John Hersey's 1946 classis Hiroshima by Bantam Books had the following cover: 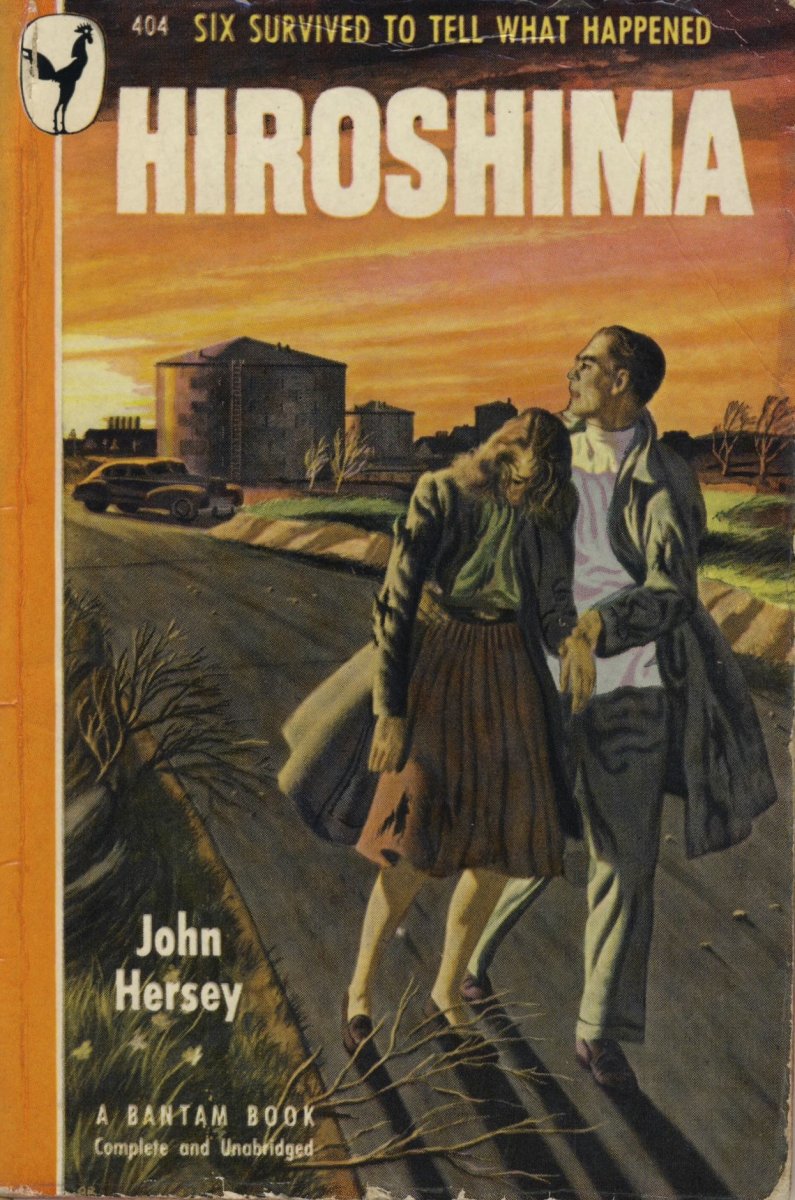 This astonishing graphic was done by artist Geoffrey Biggs (1908-1971). The book included this statement about the cover:

"When Geoffrey Biggs, a master of shadow and light technique in art, brought in his startling illustration for the cover of Hiroshima, everyone wated to know: 'Where'd you get those people...why those two?'

Biggs said he thought back to that August morning in a certain big industrial city and he imagined how universally terrifying that situation was, how it could strike fear into anybody's bones. 'And I just drew two perfectly ordinary people--like you or me--and had them portray alarm, anxiety, and yet wild hope for survival as they run from man-made disaster in a big city--a city like yours or mine."

For more on the relocation of Hiroshima to America in the early Cold War, read my book chapter here.