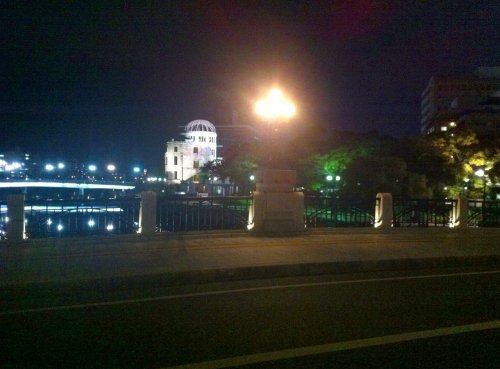 This has been a summer of disasters here in Hiroshima. The horrible rains and mudslides that killed so many a few weeks ago gave way to an unbearable heat wave that has also killed many and has been making moving around in town quite difficult. Forecasts for Monday, the anniversary of the nuclear attack here, are for very high heat and UV, 37 degrees Celsius (98 Fahrenheit). The ceremony starts filling up with people at about 7 am with the anniversary of the moment of the nuclear detonation being 8:15. The whole morning event wraps up by about 8:30 since by that time everyone is exhausted and already very sweaty. The staff at the museum, and around town make sure to offer water to ceremony attendees while they are there and when they depart to avoid heatstroke and dehydration.

In past years the city has allowed members of the Uyoku dantai (ultra-nationalist right wing groups that can often become violent) deeper and deeper into the commemorations. The actual ceremony takes place in the Peace Park, in front of the museum. Each year I head to the A-bomb Dome, which is technically outside of the park and outside of the boundaries of the event. For many years this has been a spot where a more engaged commemoration takes place. There are Buddhist monks who chant for several hours, there are political speeches (antinuclear speeches primarily), and at 8:15 there is a die-in.

This will be my 12th year to go down to the park on August 6th, and I always go to the Dome. In the early years when I attended the Uyoku dantai black vans would circle the park during the days before the 6th, but would be absent on the 6th. A few years ago they started to circle the downtown area on the 6th as well. This is a day when Hiroshima fills up with many peace activists and many out of town visitors. Then, beginning about four years ago, the city allowed the Uyoku dantai to have a physical presence by the Dome. At first they stood by the street and taunted the peace activists and speakers. However, for the last two years they have established a space for the group right in the middle of the activist space and there has been very heated verbal exchanges. There is also a very large police contingent present. 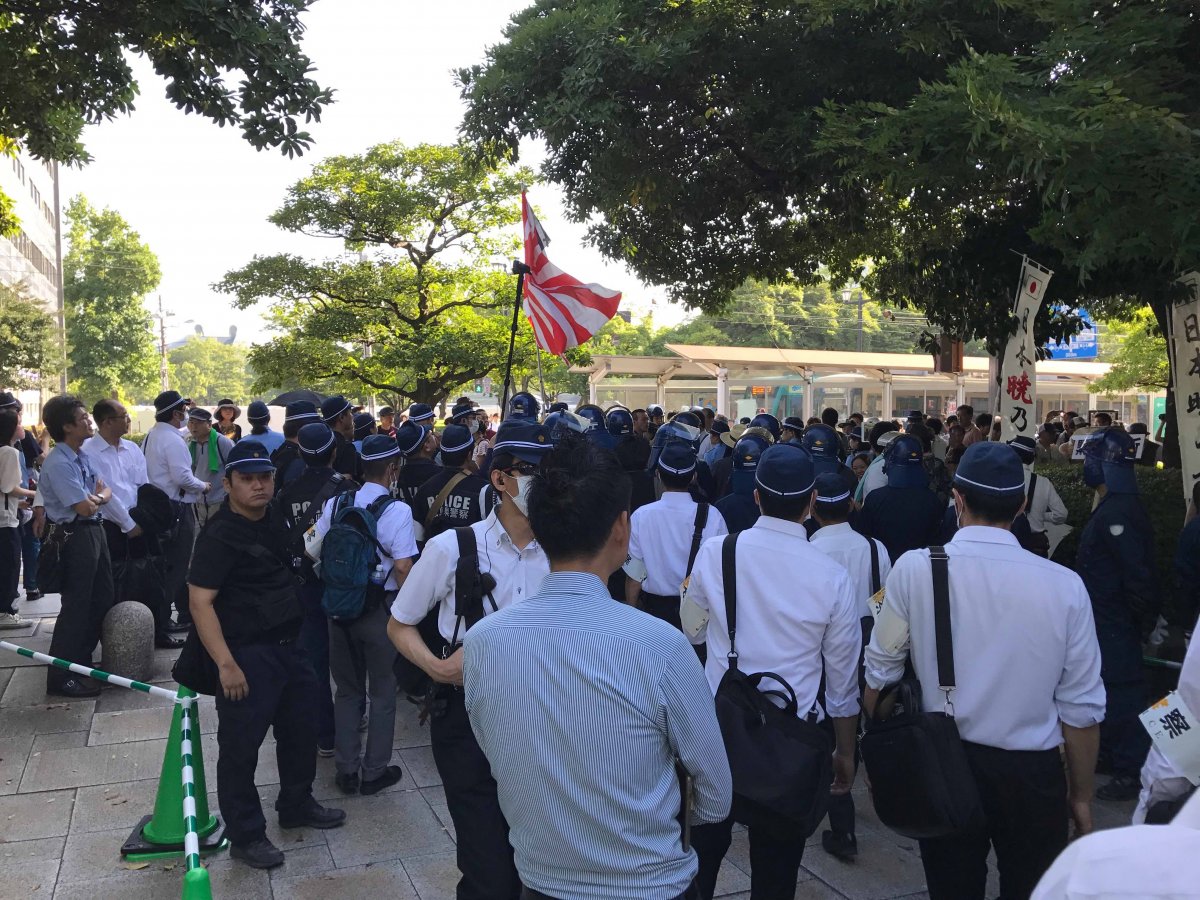 I'll keep you posted about how things go this year. Remember that the nuclear attacks on Hiroshima and Nagasaki were attacks with weapons of mass destruction on a primarily civilian population. Tens of thousands of children were killed in these attacks.